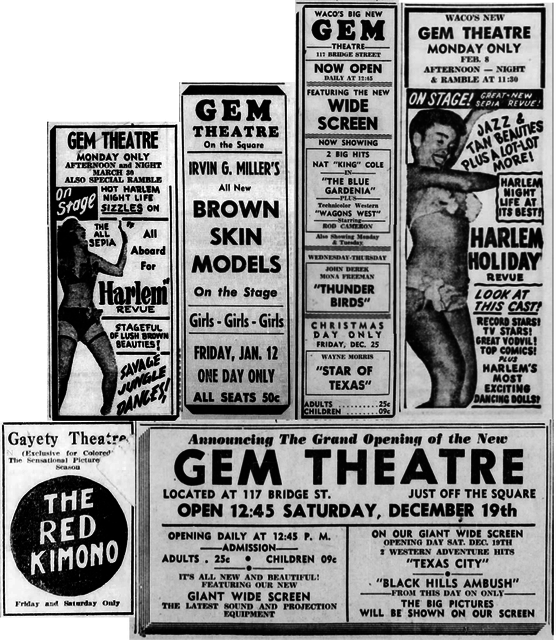 The Gayety Picture Show renamed the Gayety Theatre (ad at bottom left) at 115-117 Bridge was the first African American movie theater in Waco. Sometime in the late 1930s - most likely 1939 - the Gem Theatre opened and was the African American Theatre of choice on the square (an example of their ad is second from left at top). But on March 29, 1953, the Gem ceases operation (a 1953 ad is top right). After storm damaged 115-117 Bridge is repaired in 1953, the former Gayety location comes back to life as the “New” Gem Theatre beginning Dec. 19, 1953 (ad at bottom right and third above) and advertising until January 1962. It’s likely that the theater operated through a ten-year lease until March 1963 without advertising as the theater space is offered for lease in 1964.