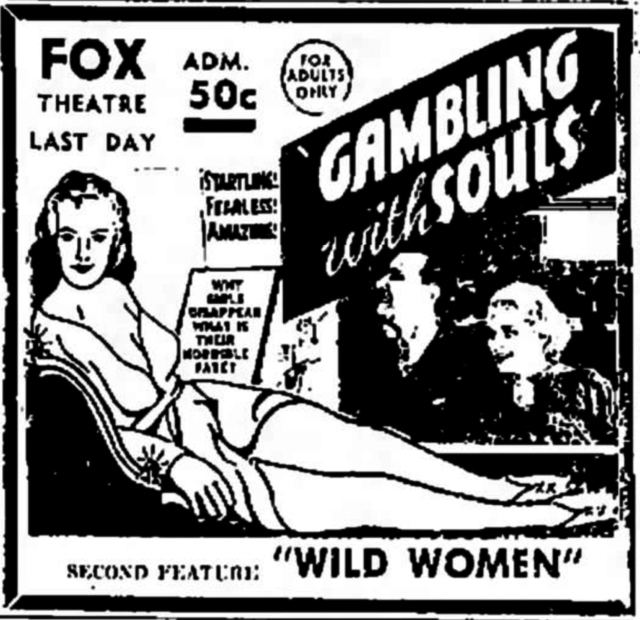 The Fox likely opened in 1924 – though unconfirmed – and played a wide array of exploitation films, traditional second/third run double features, and Spanish language films during its run that appears to end at the end of February 1959. This 1958 ad is an example of the Fox’s fare.