Exploitation Rules at the Rodeo Drive In from 1979 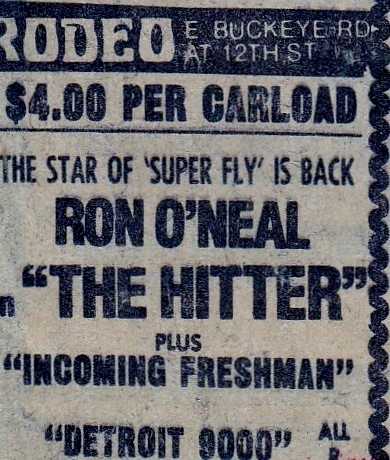 AZ Republic newspaper Ad for a triple feature at the Rodeo Drive-In in Phoenix Arizona. This ad is from 1979, and features a Ron O'Neal movie Called “The Hitter” as the main feature. Doubled with what sounds like a smut film called “Incoming Freshman” and “Detroit 9000” rounds out the bill. Try finding these movies on Netflicks or Blu-Ray. That’s why these we’re the good old days.