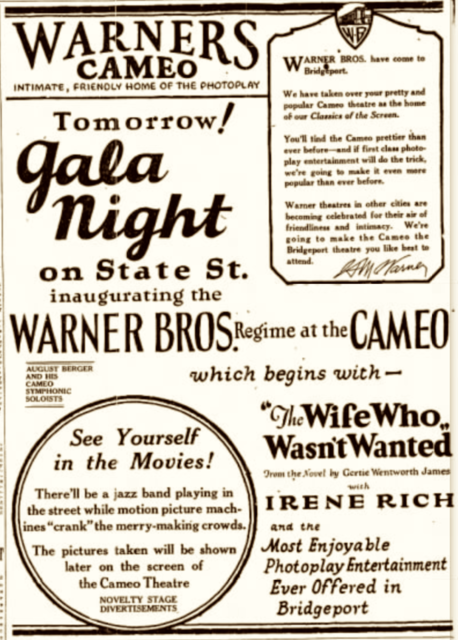 On September 19, 1925, after many unsuccessful owners tried to make money with the former Dawe’s Theatre, it was Warner Brothers that figured out how to make the Cameo – as the new Warner’s Cameo – a success. It would later become the Warner Theatre and had a forty year run.