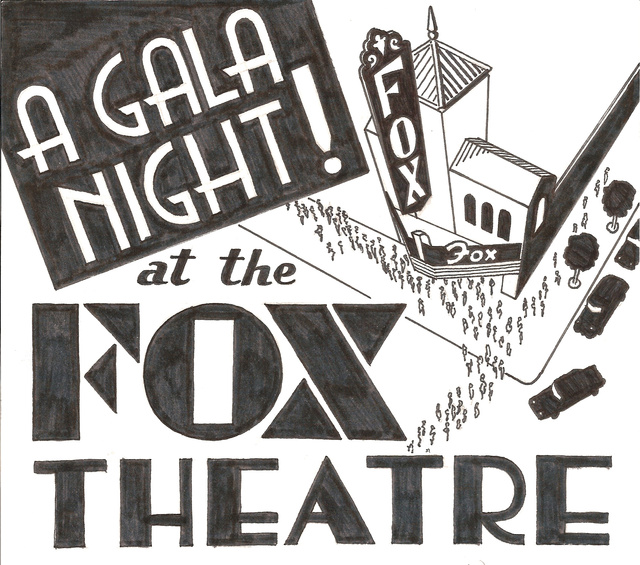 Original Artwork which I produced for one of the concerts at the Fox in 1984. Later, the art was reused and reworked to read, “A Gala Benefit!”, for another show which raised money to install a fire sprinkler system throughout the backstage area. The fundraising was successful and the system installed, permitting further live events to be allowed on the full stage by the Fire Marshall. My artwork included the “FOX” vertical sign which dated from c.1931, but which had been removed in 1967 due to a sign abatement ordinance.