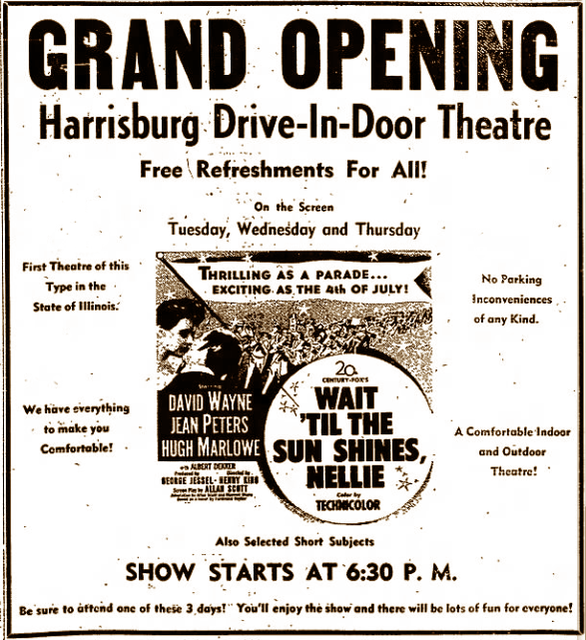 n December of 1952, the theater closed on weekdays to construct an indoor theater and changing its name very briefly to the Harrisburg Drive-In-Door Theater to try and explain the indoor/outdoor element to patrons. The owners claimed that it was the first indoor/outdoor drive-in in Illinois which may be dubious and certainly the moniker was confusing as the name was quickly reverted to Harrisburg Drive-In Theatre. However, here is the grand opening announcement in 1953 for the Harrisburg Drive-In-Door Theater as the theater tried to get more year-round business in the cooler months.