'Gone with the Wind' Programme Seller. 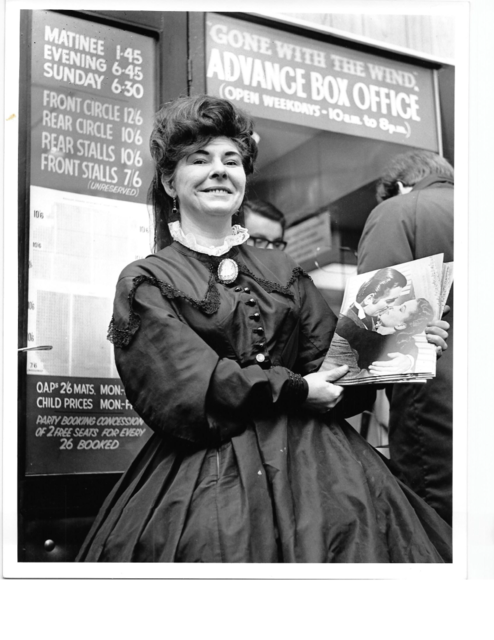 Whilst the programme seller here is attired in a Scarlett O'Hara style gown, that is where the similarity ends…..

Note the seating plan of the 1975 seat auditorium immediately behind. After the twinning of the Essoldo the 10 rows of seats which comprised the Front Circle (advertised at the then princely sum of 12/6 - 62.5p) were lost behind the screen of the upstairs cinema 2 which occupied the rear circle area. Had Rank or ABC owned the place the 965 seat circle would have been extended forward to form a very large upstairs screen 1 as opposed to Essoldo’s 373 seat screen 2. Instead Essoldo made the main auditorium the re-spaced stalls with 600 seats.