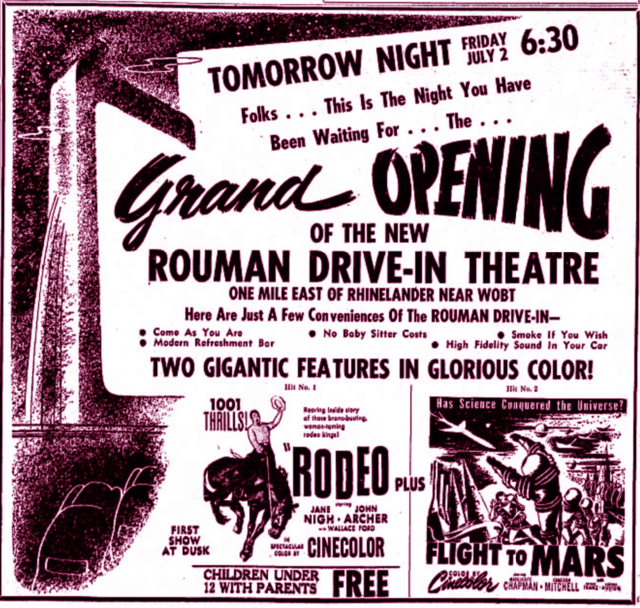 The Rouman family first got into the movie business in 1921 with the construction of the State Theater on Brown Street in Rhinelander. Though this entry is for the contemporary Rouman multiplex, there was no Rouman Drive-In Theatre entry so this picture is parked here. The Rouman D-I was roughly at 4712 N. Shore.

Here’s the grand opening ad for Rhinelander’s first Drive-In Theatre, the Rouman Drive-In which opened July 2, 1954 with the films, “Rodeo” and “Flight to Mars.” Located just one mile east of the city, the 40' x 74' screen area was designed to accommodate VistaVision films. The theatre got to its 30th anniversary before home video decimated the industry and the theatre’s closure in 1985.