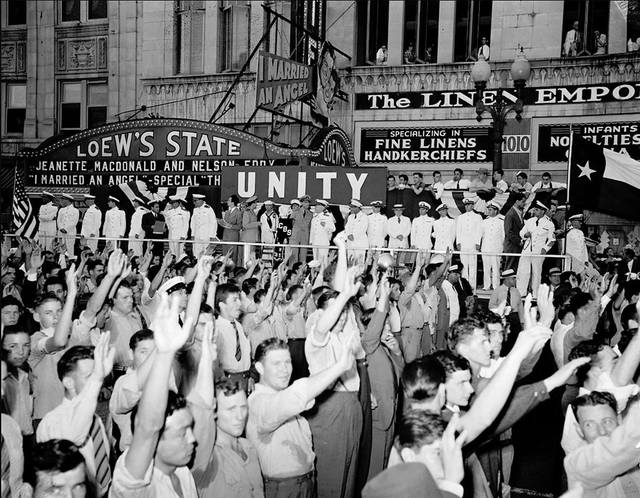 Via the Traces Of Texas Facebook page: A mass induction ceremony into the U.S. Navy on Main Street in downtown Houston, 1942. This photo comes from the very fine FLICKR page maintained by UT’s Briscoe Center for American History, which you can view here:

Dan Zabcik writes: This is almost certainly a photo of the swearing in ceremony of the famous “Houston Volunteers,” on May 30, 1942, one thousand men who were sworn in en masse to provide a crew for the second cruiser to be named USS Houston (CL-81), which took the place of the first Houston (CA-30), which had been sunk at the Battle of Sunda Strait very early on March 1st, 1942.

You can read about the Houston Volunteers on Wikipedia.