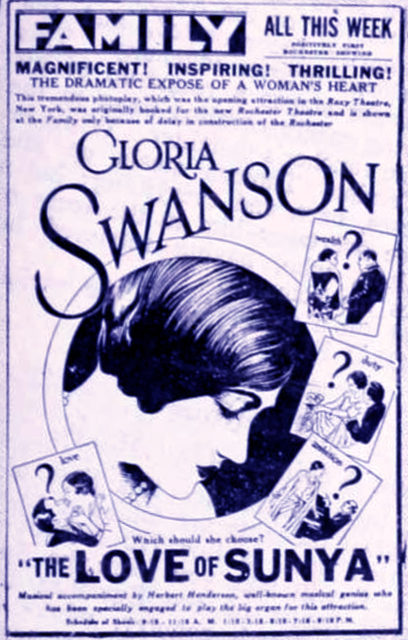 At 439 Washington – apparently built in 1919 for Samuel Carver and architected by Lewis & Hill – was the near neighbor to the Lyric with the Family Theatre in Buffalo. Here’s an ad for the theater which was also known as the Rialto for a period of time. And the layout is pretty fantastic for the Gloria Swanson film.