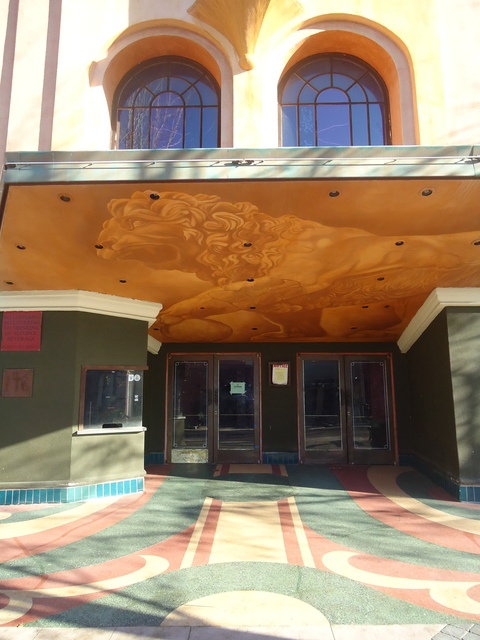 Here can be seen features from several points in this theater’s history: The arched windows–restored with new glass and identical mullions to the originals–date from the 1920s; the marquee canopy fascia dates from the 1960s remodeling as the Town and Country Cinema, as does the box office; the terrazzo dates from sometime during its days as the Sunnyvale; the stucco moldings date from the major facade remodeling circa 1989 when it was to have been reopened as a brewpub movie house (which never happened); the painted lion on the marquee soffit dates from its turn as the Palace, then Forum; and finally, the dark green paint on the walls dates from its time as the Abyss.