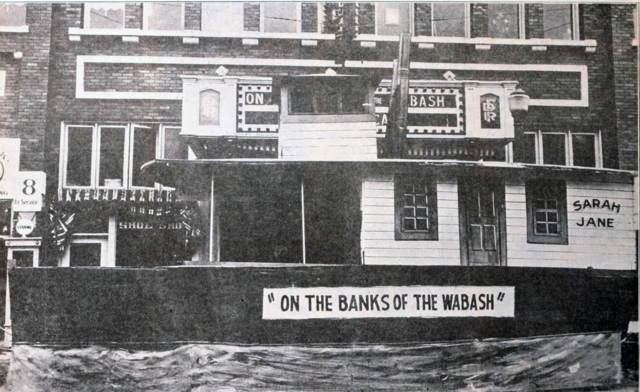 Here’s a 1924 shot of the T., D. & R. circuit’s Mission Theatre (later the State under Interstate) with arguably its most ambitious moving float mobile advertisements ever. Manager E.M Berg creates the nautically-themed tug for the feature, “On the Banks of the Wabash.”