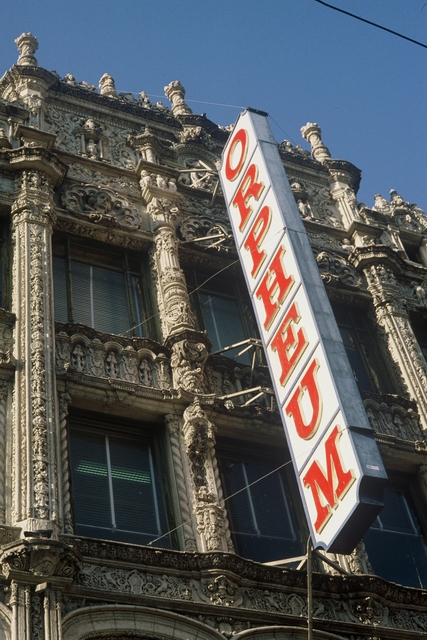 Detail of the Orpheum facade, taken around 1982 or ‘83. This view shows two significant details which are no longer extant: 1. The plastic vertical sign which was applied in the 1970s. 2. The terra cotta finials atop the facade, which were removed around the late 1980s, presumably because they were an earthquake hazard. Perhaps one day replicas can be made in lightweight materials, as has been done on both the Jose and California theaters in San Jose.