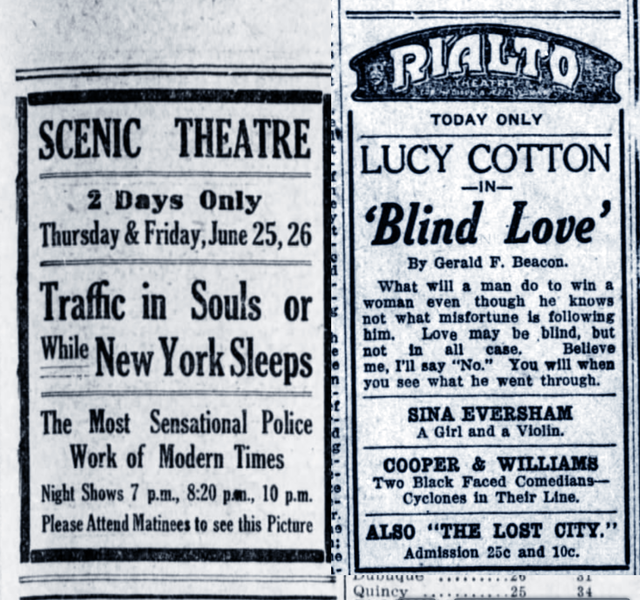 This was a theater two blocks from the Esquire at 304 N. Madison. The Scenic Theatre had opened in 1910 and, likely after a ten year lease lapsed, found new owners in Chicago’s Multiform Theatre Circuit and got this new sign and name: The Rialto Theatre in its re-launch ad at right in 1920. But the owners decided not to make the transition to sound ending the operation in 1928. In 1936, it was fitted for sound and a different Chicago operator came in with a July 1, 1936 grand opening date. I believe that never occurred.