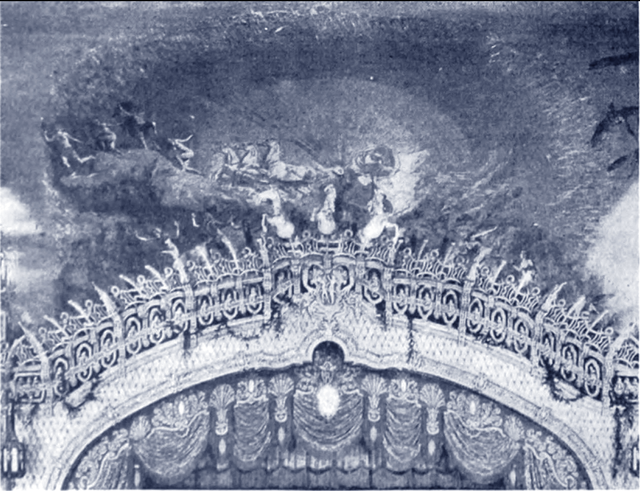 A detail shot of German muralist Julius Moessel’s arched mural above the proscenium which had a dazzling light show before each film. Greek God Helios almost appears in motion as he’s guided by four winged horses, fairies with torches, and a variety of birds.