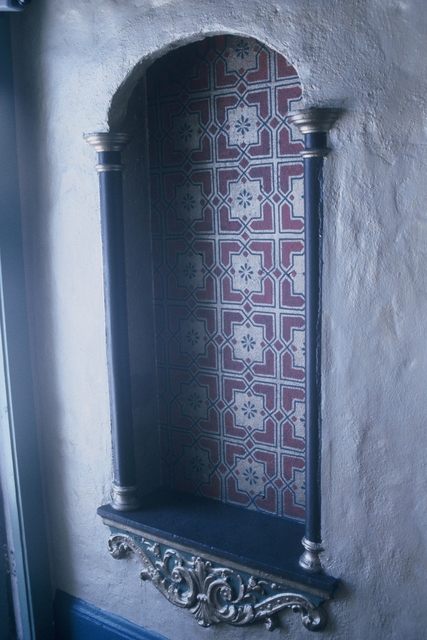 In each of the two side passages leading to the Balcony are a pair of arched, cove-lit niches flanking the doors. Since at least the 1970s, these had been completely painted over in white. In the 1990s, our group of volunteers uncovered and repainted the original colors of the thin pillars on the sides of the niches, and the backs were painted in a neutral pastel tint. In 2005, I undertook the task of scraping the paint on the backs of the niches to find out if any decorative patterns had once existed there. The effort payed off. The pattern shown here is a careful repainting of the motif which existed originally in 1926. Over this, there had been another design, which appeared to be bouquets of flowers surrounded by a simple pale turquoise border, but this was impossible to save, and it was decided to restore the earliest pattern.