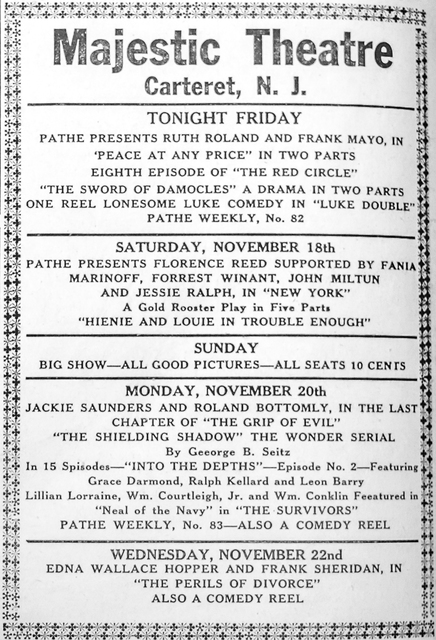 An ad for the Majestic Theatre from the 11-17-16 issue of the Roosevelt News, mentioning their big show on Sunday. In 1916 it was illegal to do many things in New Jersey on a Sunday, presenting or attending movies among them. Often law enforcement would wait for a citizen complaint before getting involved. The Majestic and the other local theatre, the Crescent, advertised their Sunday offerings until the end of the year, when Sunday shows disappeared from their schedules.

Scan courtesy of the Borough of Carteret Historical Committee.