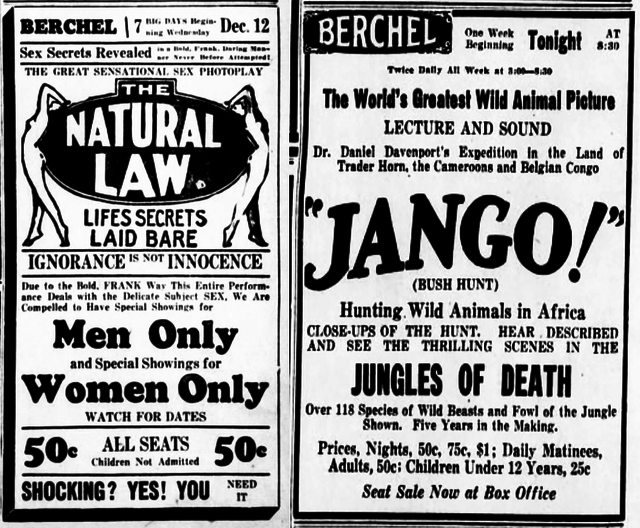 The Berchel played exploitation films and did live stage presentations. Not being a movie theater primarily, it didn’t have major film contracts and it never really converted to sound pictures although giving the appearance to audiences that they had (see one of the very last films played at the Berchel at right).