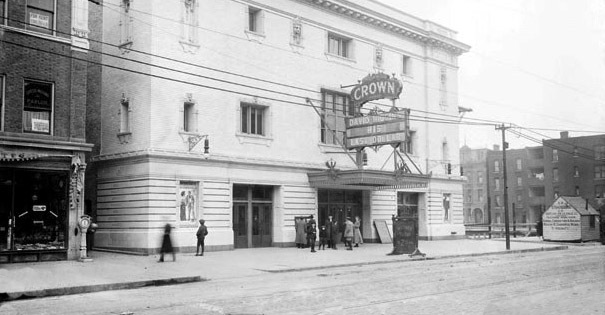 Except for a huge third or fourth-generation marquee that decorated the Crown in the 1950’s, the outside of this theater looked the same as it does here until the building was demolished in 1963, more than 50 years after this photo was taken.

The three-story building to the left of the Crown stood at the southwest corner of Division and Ashland, and was one of many structures torn down, moved, or reduced in size when Ashland Avenue was widened in the late 1920’s. Its replacement was a single-story taxpayer that housed a soda fountain and grill which continued in operation until the mid-1960’s.