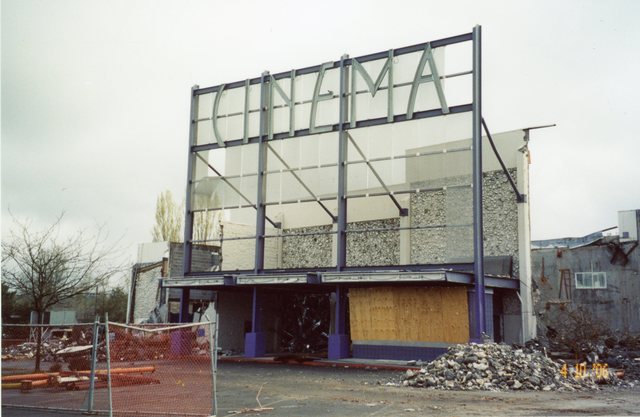 Beaverton Westgate theater during demolition, April 10, 2006. The large “Cinema” sign was added during a remodel in the 1980s or 1990s. The entrance was directly under the large sign, and the ticket booth was to the right, where the large sheet of plywood is.