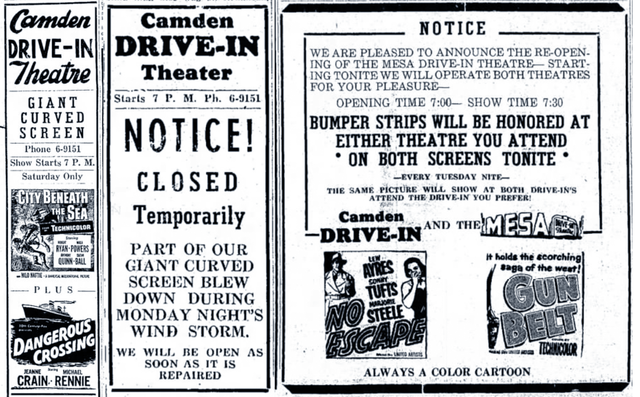 The Camden became the first Camden Drive-In to get up to the Widescreen format in January of 1955. Then just weeks later, they were the first to have their widescreen blown down. The competing Mesa Drive-In went widescreen and by August of 1955, Malco simply bought out the competition showing the same film at the Mesa and Camden D-I until year’s end. Then Malco closed the Camden altogether.