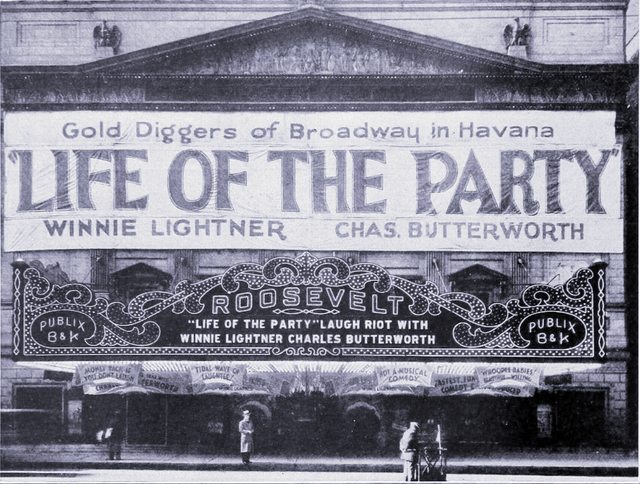 A funny thing happened to Warner Brothers sequel to 1929’s “The Gold Diggers of Broadway” People tired of stagy musicals which were too numerous. So WB changed “Gold Diggers in Havana” to the more generic “Life of the Party” with the musical numbers removed. Overseas audiences would get the original film with musical numbers included. Warners would resurrect the series thanks to Busby Berkeley. But here’s the Roosevelt Theatre playing the unsuccessful “Life of the Party” in 1930.