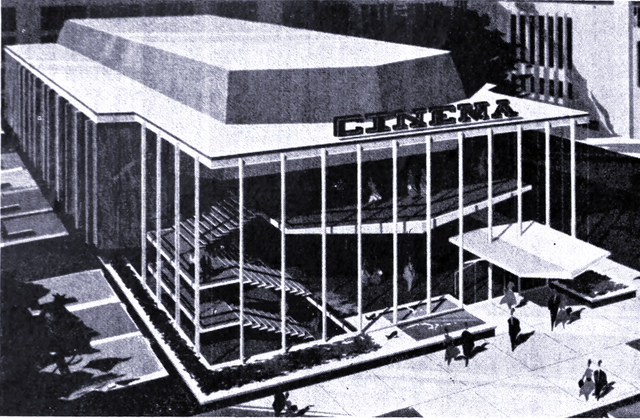 Film producer Joseph Levine presented this concept drawing in 1962 for Boston’s first twin-screen theatre at 598 Commonwealth to be the sixth theatre in the Ben Sack Circuit. Architected by Ben Schlanger of the Lincoln Center in NYC, the $1 million cinema would have had 700 seats in the upper cinema and 500 on the lower. 70mm projection, six-channel sound…. but a theatre would get built six years later and different from this concept.