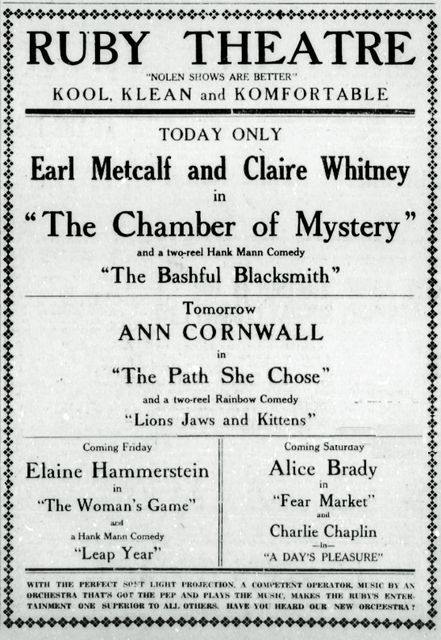 In the silent era, Breckenridge had the Star Theatre, American Theatre, and the Ruby Theatre. Here’s a 1920 ad for the Ruby.

According to the following item from The Moving Picture World of October 14, 1922, Breckenridge than had about ten theaters, though several were closed:

“Ray Stinnett, who, two years ago, was manager of a local picture theatre, and who ran a shoestring into a sizeable bankroll through his theatre operations at Breckenridge, Texas, during the oil boom there, this week bought out the last of his opposition in that city, the National Theatre, from Mr. Zimmermann, the owner. The consideration is said to have been $36,000. Ray, as he is familiarly known along Film Row, now owns about ten theatres in Breckenridge, several of which are closed, and has full sway in the town.”