There were three rival documentary films about the Queen's 1954 Australian tour and this was one of them. 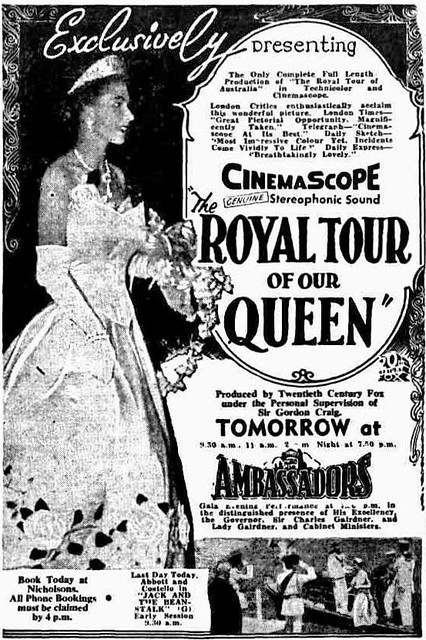 Perth audiences – indeed audiences across Australia – flocked to the three rival films dealing with the Queen’s 1954 Australian tour. The Ambassadors had THE ROYAL TOUR OF OUR QUEEN, while the officially-sanctioned film was THE QUEEN IN AUSTRALIA which was screening at Perth’s Piccadilly Theatre. At the same time, the Metro was screening WELCOME THE QUEEN! Meanwhile, the newsreel house, the Mayfair Theatrette was also featuring a lot of tour content. These ‘Royal Tour’ films were some of the highest grossing films in Australia in 1954.