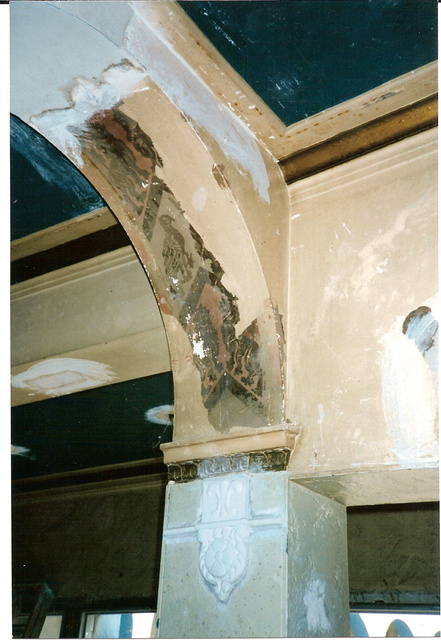 Photo taken in either 1994 or 1995 in the Varsity lobby during structural conversion to bookstore use. The water from the diamond-bladed saws which cut into parts of the structure during seismic retrofitting caused all the subsequent paint layers in the lobby to peel away in spots from the original decorative paint. Here, stenciled lions and birds show themselves for the first time since the Varsity’s interior was modernized in 1960. They were covered over again in the Borders redo. Note the carefully replicated plaster rosette below the arch, which replaced one that was missing.