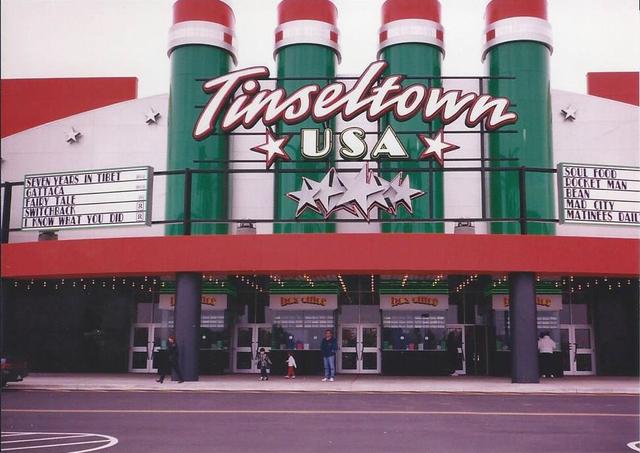 I was the General Manager who opened Tinseltown in October 1997. This is a shot of the front of the building taken soon after opening. The two new releases on opening weekend were “Seven Years in Tibet” and “Rocket Man.” We were the first stadium seating theater in the area so business was very brisk.