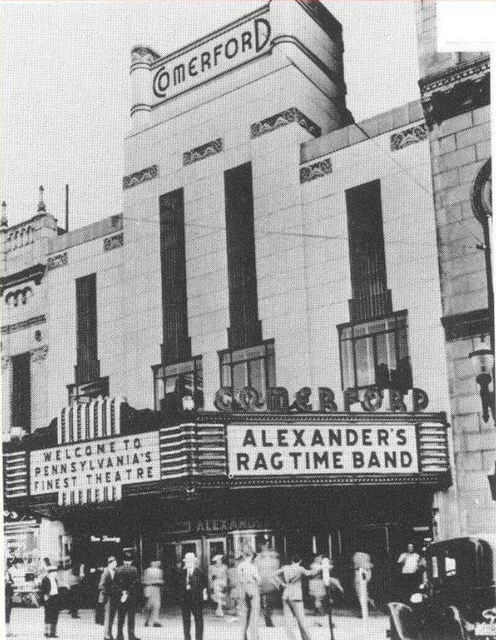 This photo depicts the earlier Comerford Theatre in Wilkes Barre, divested by the chain in 1949 and renamed the Paramount, at which time the Capitol was renamed the Comerford.

It’s important to note that this is a picture of the wrong theater. The Capitol (this theater) was opened in 1920 and was RE-NAMED the Comerford in 1949 when the original Comerford (pictured, which opened in 1938 and located across the street from the Capitol) was sold and re-named the PARAMOUNT. The original Comerford/Paramount still stands and is in operation as the Kirby Center.