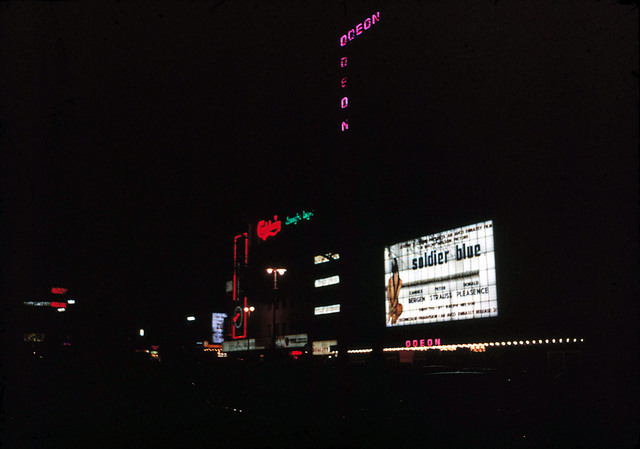 Nice to see the name signs on tower and new canopy in their 1967 colours. From 1937 to 1967, the signs on the tower and original canopy were red – each character carrying four veins of neon. From reopening in late 1967, following Anthony Sharp’s modernisation, the neon had been replaced by two veins of red and two of blue, creating the magenta effect seen above. All other Odeons had signage with either one or two veins of red neon and the two colour combination for name signage remained unique to the flagship until removal during the 1998 “Fanatical” refurbishment/partial reconstruction/rebranding exercise.

As an aside, half of the high level Carlsberg sign on top of the adjacent building facade was there for a very long time after it had been out of use.