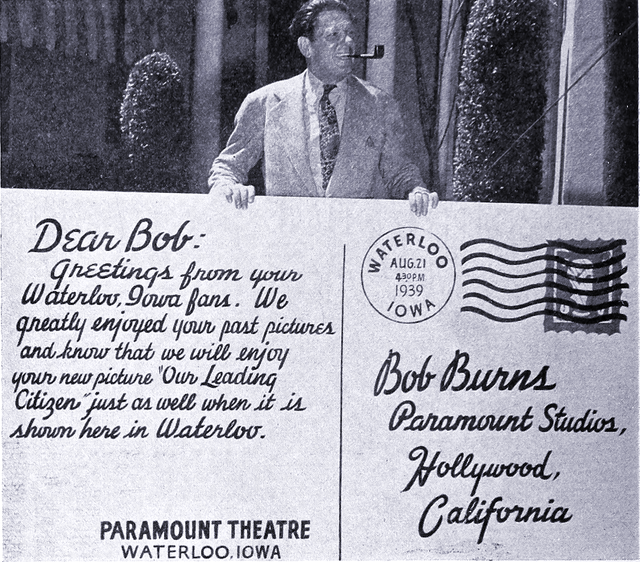 It’s the old giant postcard promotion. This time its Paramount Theatre manager Bob Fulton sending a card to actor Bob Burns who - as you can see - received the giant missive in 1939 in support of his film, “Our Leading Citizen” which played in Waterloo.