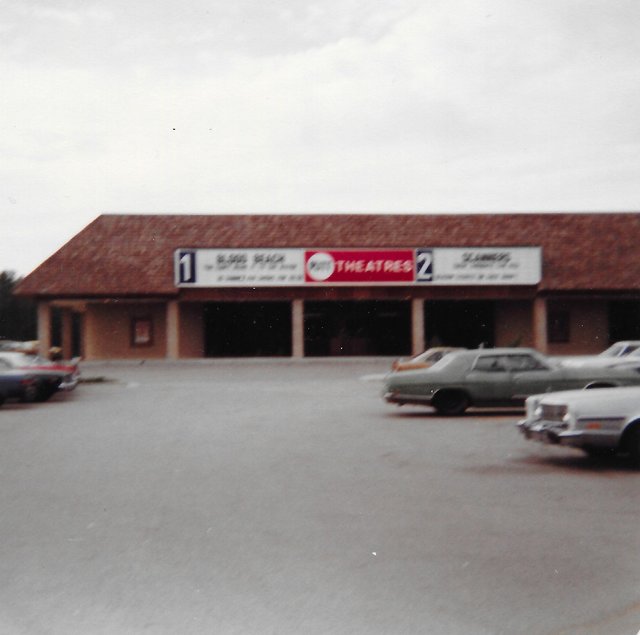 This original photo is blurry. The movies playing are “Blood Beach” and “Scanners”, both released in January 1981. In 1981, the two-screen theatre was owned & operated by Plitt Southern Theatres. The original marquee had “abc” in the circle. Plitt purchased ABC’s southern theatres in 1978. The “abc” logo was cut out, and a plastic circle with “Plitt” was installed (as seen in photo).