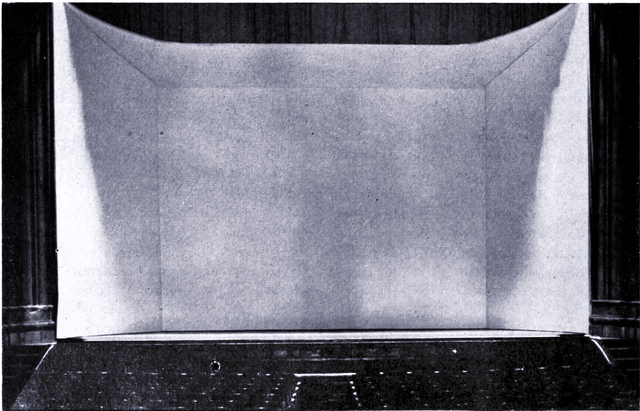 In 1952, the 58th Street Theatre goes with a new Synchro-Screen in New York.

Because the new screen was much larger than the old, they replaced the projectors with those used in drive-in. Later they linked two of them for 3-D movies. With the white surround it was easier on the eyes but some people complained that something was wrong as the picture didn’t fill the whole screen. We had to shut down for a couple of days while they replaced the projectors and screen.