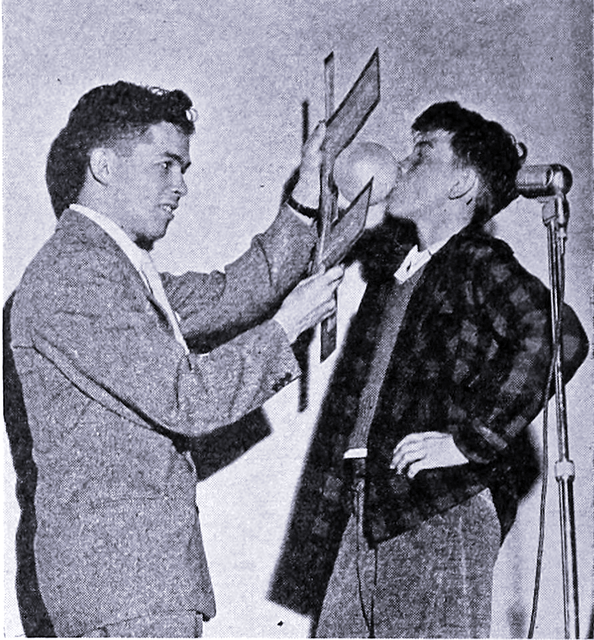 From the stage of the Century Theatre, owner Ted Gamble conducts a bubble gum blowing contest as a prologue show supporting a kiddee matinee of Hal Roach’s “Comedy Festival” in 1947. Portland radio stations KWJJ and KEX were there to capture the festivities.