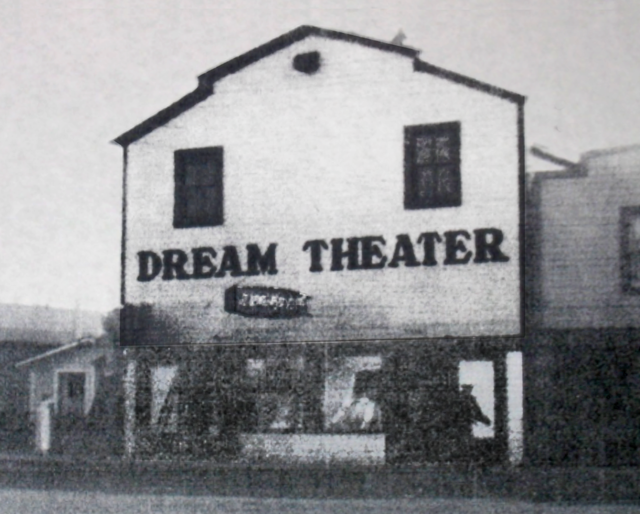 The Dream Theater was built about 1911 by Charles H Code and his brother William (Billy). They started by setting up a hand cranked projector in the Eagles Hall abt 1907-8. Charles married my g-grandmother Pearl E. (Tindel) Cornwell in 1927 and they managed the theater for some twenty years. My uncle John H Cornwell was managing the theater at the time of his death 19 Dec 1944 and it caught fire about a year later.