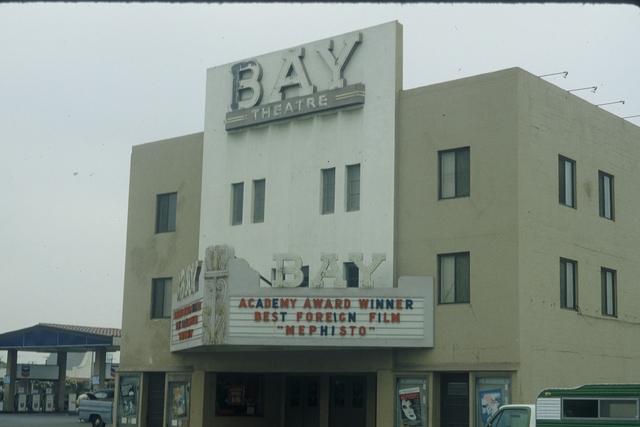 The Bay in Summer, 1982. This shows the color scheme it had from some time in the 1970s until probably the mid 1980s. The next time I saw it, in 1986, it had been given the darker brown color scheme (and textured plaster facade) it still wears as of 2011. In this 1982 photo, it can be seen that the neon on all the letters is intact, including the word “THEATRE” on the facade, which was later removed. However, the decorative neon around the reader boards, as well as the freestanding box office, had been removed by this time.