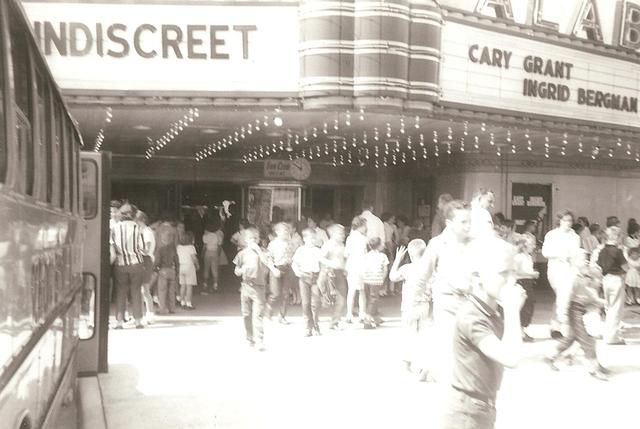 To show you how times were changing, I don;t think that Indiscreet was the show at the Alabama Fun Club in 1958

Indiscreet is a 1958 British romantic comedy film directed by Stanley Donen and starring Ingrid Bergman and Cary Grant. An actress falls in love with a man she believes to be married, who is secretly concealing from her the fact that he has no wife.

The film is based on the play Kind Sir by Norman Krasna. This was Grant’s and Bergman’s second film together, after Alfred Hitchcock’s Notorious (1946). The film was remade for television in 1988 starring Robert Wagner and Lesley-Anne Down.

Anna Kalman is an accomplished London-based actress who has given up hope of finding the man of her dreams. Through her brother-in-law she meets a handsome economist, Philip Adams, and they fall in love.

However, he is keeping a secret from her. As opposed to being a married man who pretends to be single, Philip is a bachelor who pretends to be married. When she learns of his lie, Anna becomes furious and works out a plan to get even.