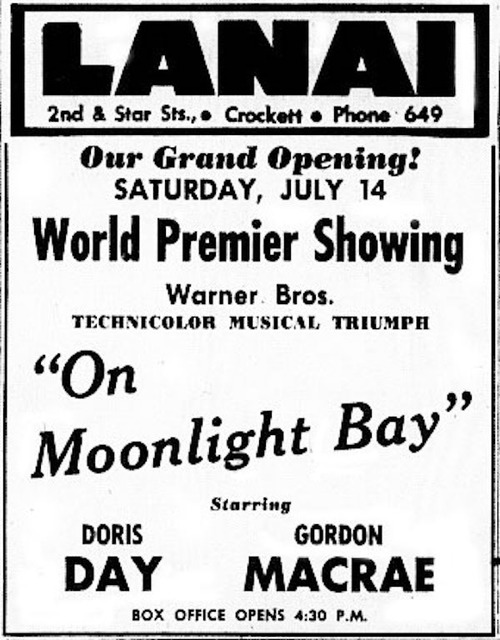 Advertisement from the Richmond Independent from Friday July 13, 1951 promoting the next day’s grand opening of Crockett’s Lanai Theatre, formerly the Columbia. A world premiere of a major film in little Crockett seems a bit unusual but Internet Movie Database shows it’s official release date being 12 days later, on July 26 in New York City so it does appear Crockett did get it first! Did any of the stars of the film show up for the premiere? I sort of doubt it!