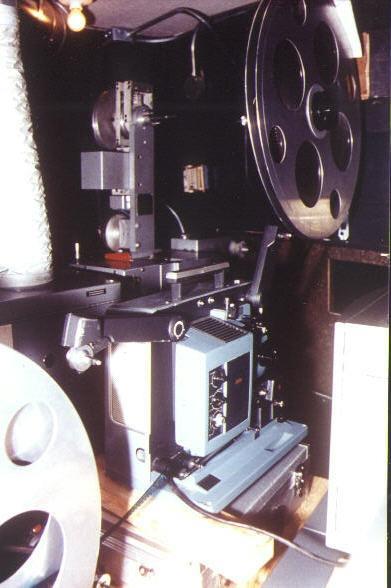 In 1985 the Olympia Film Society rented the theater for their Film Festival. This is a picture of a Bell & Howell 16mm film projector converted to use large film reels. The projector was installed in the lower projection booth for the two small auditoriums. Notice how the 16mm projector was wedged in between the two Ballantyne Pro-35 projectors. It was a very cramped booth.