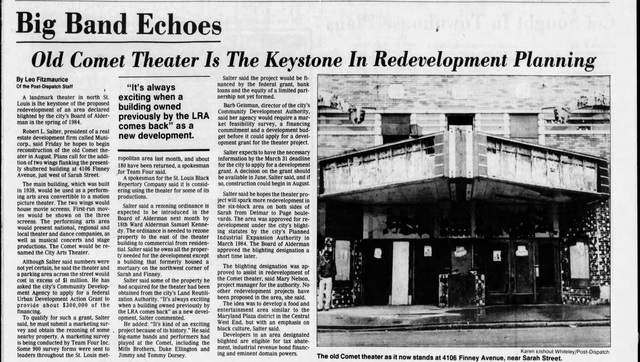 Said clipping mentions the intentions of Municorp to redevelop the area around and including the Comet into an arts and entertainment district similar to a mix of central west end and Grand Center but catering specifically to the African American community. In addition to rehabilitating the old theater as a performing arts center wings would be added to show traditional movies. Ultimately the project failed to find the UDAG project money it needed and fell apart.