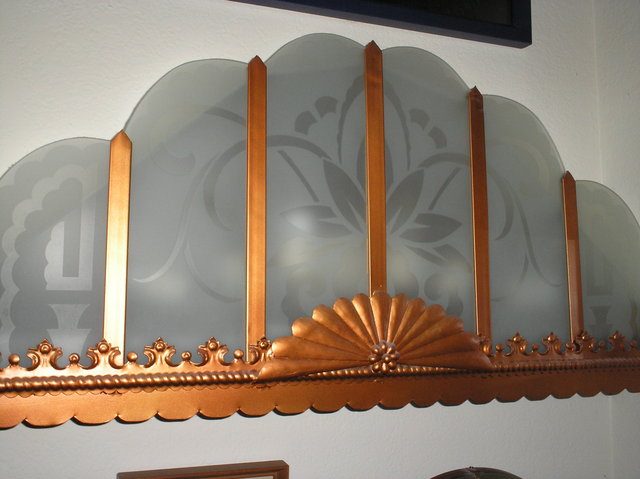 One of a series of identical fixtures which lined the walls of the Midtown’s auditorium, downstairs. When we were in the theater doing salvage prior to its Spring, 1998 gutting, we found that only three of the fixtures of this design were salvageable. Most had been hopelessly smashed by falling decorative plaster that had come loose due to water damage and fallen down onto the floor, taking the fixtures with it. We restored the three of these we saved, and I produced new etched glass for them, duplicating the patterns exactly from the fragments that remained.