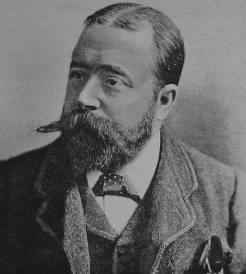 Harry Furniss (1854-1925) was the owner of the Central Picture Theatre for many years. He was an artist and illustrator for many books, magazines and advertisements mainly during the Victorian era.

He was also owner of Furniss Films (Hastings), which sold out to Edison around 1913. He made several thousand films, many of them feature length and the British Premieres were held at the Central.

He died just weeks before the Central Picture Theatre was closed for safety reasons in 1925.