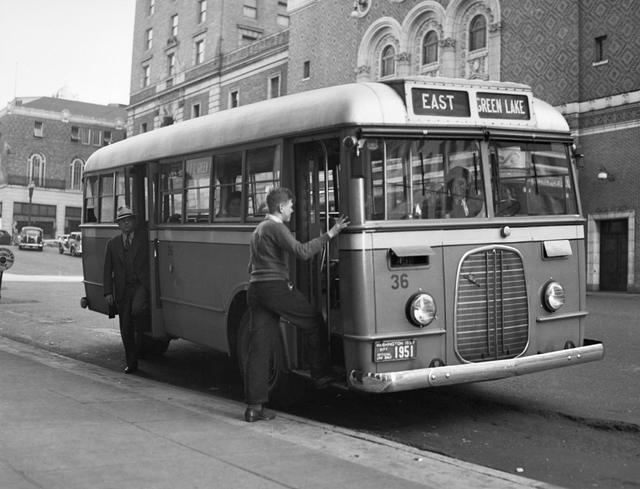 Seattle bus 36, a 1937 Ford “Transit Bus” (a front-engined design), photographed in 1937. It is at a stop westbound on University Street between 5th and 4th avenues. The lefthand portion of the building in the immediate background still stands, as part of the 1924-opened Fairmont Olympic Hotel (listed on the National Register of Historic Places), but the righthand portion – which in actuality was a separate building, the Metropolitan Theatre, opened in 1911 – was removed after the theatre’s closure in 1954, and was replaced by an entrance courtyard for the hotel. The separate building in the lefthand background was demolished many years ago and the site is now occupied by a plaza in front of the IBM Building. Item 11818, Engineering Department Photographic Negatives (Record Series 2613-07), Seattle Municipal Archives