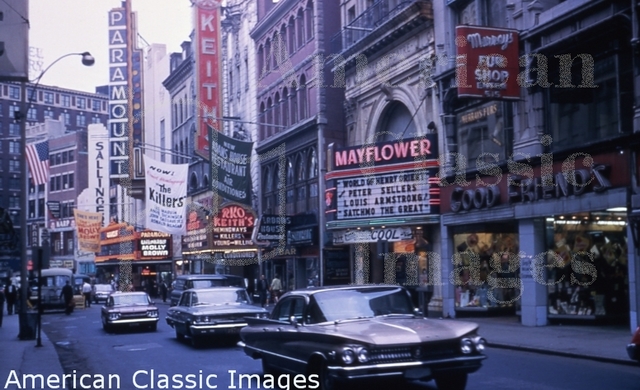 On the marquee of the Paramount has “The Unsinkable Molly Brown”. This is a 1964 American musical Metrocolor film directed by Charles Walters and starring Debbie Reynolds, filmed in Panavision. At the “Mayflower” is “The World of Henry Orient” with Peter Sellers. Another 1964 film. starring Peter Sellers, It helps date the picture.