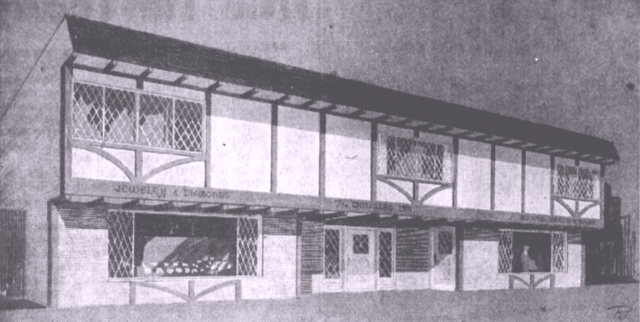 Oscar Embretson 1962 sketching of a plan to update the Douglas Theatre which had gone out of business for the second time in 1961. The plan was carried out later in the decade and is the reason the former Douglas Theatre building had this look instead of its previous Art Deco look into the 21st Century.