Inside the Hoerrmann Theater built in 1914 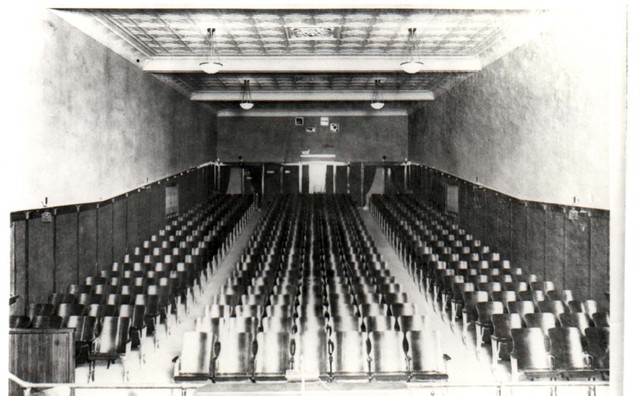 The theater had many uses: local talent presented plays and amateur shows some of which were for the benefit of funding the library; Vaudeville, minstrel shows and traveling acting grouops performed; Orchestras played, silent movies were shown, and musical comedies delighted audiences. The building was also used for dance recitals, graduation ceremonies and political rallies. Small dressing rooms were located under the stage at the west end. Beautiful chandeliers lit the theater.