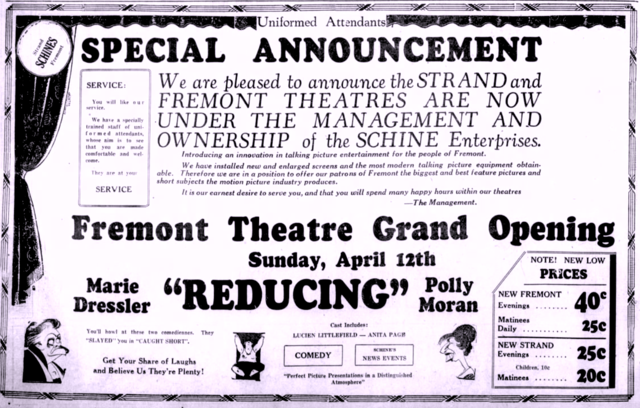 Schine Circuit took on the Fremont Theatre / former Opera House in its 40th year and gave it a facelift reopening on April 12, 1931 (in this ad). Before year’s end, Schine sold the Fremont to Publix which opened its Paramount Theatre in November of 1931. The Opera House set mostly vacant until being torn down in 1959.