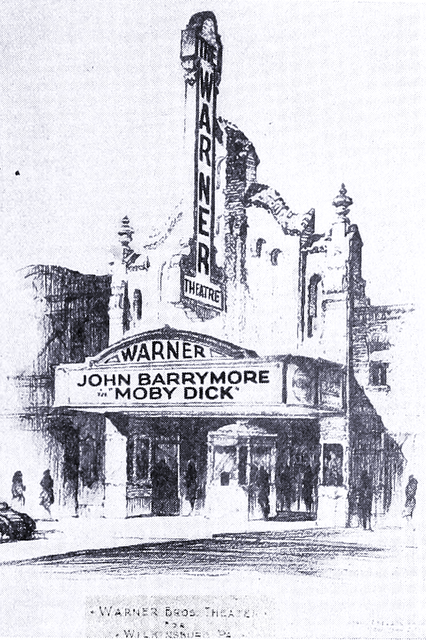 The theatre that wasn’t: Wilkinsburg almost got a modern theatre built for talkies when Warner Bros. was going to build its Warner Theatre in downtown Wilkinsburg with this architectural drawing by John Eberson in 1930. But the Rowland remained the theatre of choice after this project was scrapped.