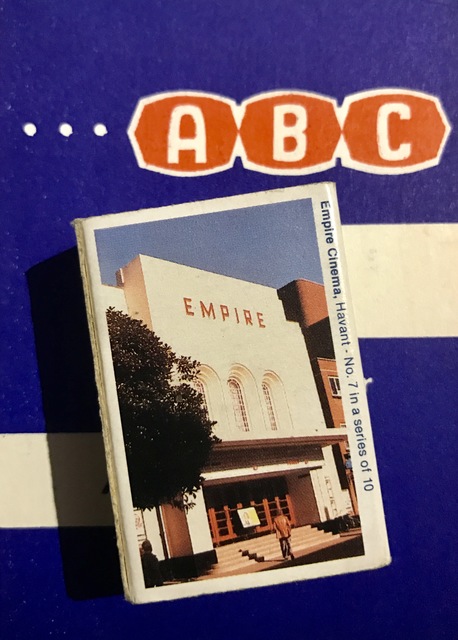 This image of the Empire Havant was on the front of a matchbox issued by THORN-EMI Cinemas Limited. No.7 in a series of 10 apparently. I have never seen any of these illustrated matchboxes before, I would love to know what other cinemas Thorn-EMI thought worthy of placing on these items!