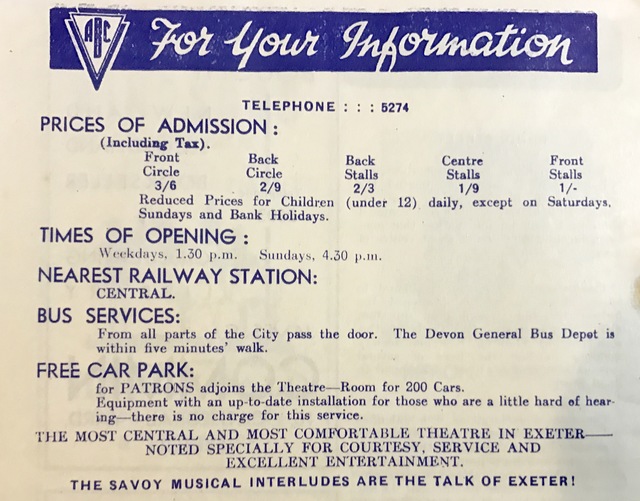 At the back of the March 1948 film guide, ABC provided details of admission prices, opening times and local transport provision. The Savoy boasts about the comfort and courtesy afforded to its patrons adding that “The Savoy musical interludes are the talk of Exeter!” Presumably referring to the cinema organ that was noticeably absent at the rival Gaumont and Odeon cinemas in Exeter.