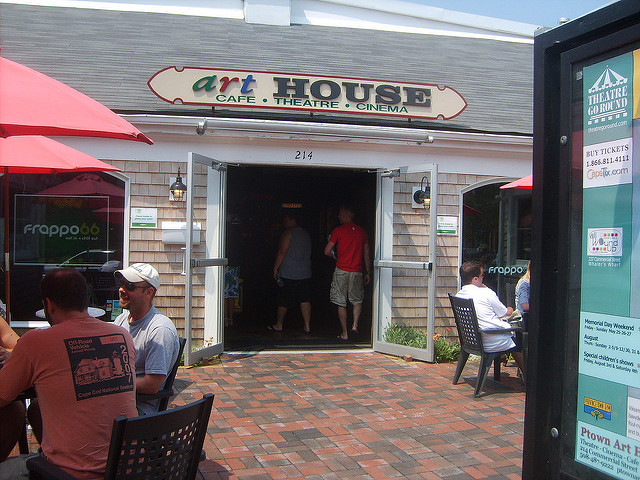 A decade after remaking the old Congregational church at 256-258 Commercial Street into the Art Cinema in 1954, George I. Shafir of New York set out to build a movie theater from the ground up: the New Art Cinema, reached through an arcade of shops housed in substantively altered older structures.

The shops opened in 1966 and the theater followed slightly later. In 2006, the New Art Cinema became the Art House, a venue for live performances, associated until 2008 with Theatre Go Round.